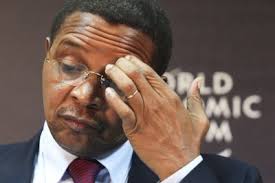 Previously a model of regional integration, the EAC is seemingly demonstrating indications of cracking under the pressure of competing agendas.

Apparently too cautious and slow for the rest, Tanzania is slowly being bullied out of crucial decisions and possibly out of the EAC altogether.

In light of this, Tanzania has complained that the East African Community has sidelined it in deliberations regarding future integration by Kenya, Rwanda, and Uganda, thereby underscoring strains in one of Africa’s major economic blocs.

Tanzanian officials have since demanded an explanation after its fellow member states allegedly concurred on a new railway that would link the other states with the exclusion of Tanzania. The officials further added that the other states decided to develop a single customs region in several meetings that left out Tanzania.

The EAC is a small and selective community that has developed repute for realizing its goals and missions. Together, Kenya, Tanzania, Burundi, Uganda, and Rwanda have built a close-knit organization that has received acclaims for numerous achievements. These achievements include though not limited to permitting free movement of persons across borders and decreasing cross-border tariffs.

Plans are currently underway to develop an authentic common market with a common currency and a unified passport system. The association among the member states has been cordial until the last couple of months, when old rivalries have turned into diplomatic crises according to analysts.

Tension became apparent last week when Rwanda held a meeting touching on the crucial subjects of a common tourist visa, a joint customs union, and cross-border infrastructure with the exclusion of Tanzania.

The exclusion of Tanzania in vital meetings has also occurred on other occasions such as the meeting held in October in Mombasa. Consequently, the increasingly frantic government of Tanzania has apparently resorted to threats with the aim of regaining its position at the regional table.

The Tanzanian government has officially raised concerns to the EAC minister council while simultaneously demanding explanations from the organization’s secretariat. However, analysts maintain that Tanzania has been slow to respond towards developing a deep fiscal integration including the free movement of trade and workers.

According to Benson Bana, a Tanzanian analyst, his country has continually opposed the fast tracking of the recommended political federation. He further adds that Tanzania has not been supportive of significant land reform matters.

Uganda, which is allegedly to blame for developing the rift within the community, maintains that the other member states have not discussed matters concerning integration. Uganda further states that there is no attempt to sideline Tanzania.

The meetings where Tanzania was absent, were aimed at discussing infrastructural projects to link the participating nations according to Okello Oryem, a junior foreign affairs minister in Uganda. He further told Reuters that the meetings dealt neither with EAC affairs nor with the integration process.

Uganda, Rwanda, and Kenya met last week in Kigali to launch a general customs territory to enhance business by eradicating non-tariff barriers. However, Tanzania and Burundi were notably absent. The bloc initiated a common market in 2010, but missed the 2012 target of implementing a common currency.

The stated objective is a political alliance although analysts assert that it is likely to take several years to realize it. Even though analysts maintain that the delay may not necessarily fall on Tanzania, President Kikwete’s regime has a responsibility to reinstate Tanzania’s position in the EAC. Analysts add that this can only happen if Tanzania leaves its trademark caution in order to catch up with fellow member states.