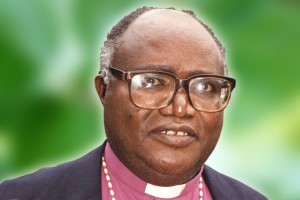 Media reports from Kenya reveal that the former head of the Anglican church in Kenya, Retired Archbishop David Mukuba Gitari is dead.

He is reported to have passed on at Maters Hospital in Nairobi where he was admitted after falling ill. Hospital sources say that the retired Archbishop was pronounced dead sometime between 2.10pm and 2.15pm today, after his body failed to sustain an attempt to resuscitate him.

Individuals and organisations across Kenya, east Africa and the world have began sending in condolence messages of to his family.

Mr Anyang’ Nyongo, General Secretary of the Orange Democratic Movement described Gitari’s death as a “big blow for the Christian community which he served diligently and loyally.

“On behalf of the ODM Party Leader the Rt Hom. Raila Odinga who was Dr. Gitari’s personal friend, and that of the ODM fraternity, I wish to convey a message of condolences to the family, relatives, friends and the entire community of the Anglican Church of Kenya on the demise of Dr. Gitari. May his soul RIP,” Mr Nyongo added.

The late Archbishop stood for change both in the church and in the society. He championed many social, political and economic changes in Kenya,  most notably his fight against land grabbing, for multi-party democracy and for the economic equality of all Kenyans..

Gitari was born on 16 September 1937. He attended Kangaru High School and the University of Nairobi, where he earned a degree in arts before he moved on to the pulpit. He was ordained in 1927 and consecrated on July 20 1975 in the Diocese of Mount Kenya East.

In 1990, he founded St. Andrews College of Theology and Development, Kabare.  And in 1997, he was elected and enthroned into the position of third Primate and Archbishop of the Anglican Church of Kenya.