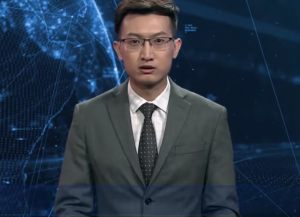 The new era of artificial intelligence (AI) is bringing a huge and new way of life to the world. A report done by Arm technologies about future aspects of AI indicates the following points. On a survey called “AI today AI tomorrow” people were asked what do they know about AI, how it is currently used? how should it be used in the future? and what concerns they have as AI technology becomes more pervasive and intelligent. The result taken from this survey concluded that 61% of people see artificial intelligence making the world a better place, 57% would prefer an AI doctor perform an eye exam and 55% would trust an autonomous car. Thus, AI anchor was not on the list. However, China’s state media agency has introduced its first “ AI news anchors”. Xinhua, China’s state press agency revealed on Nov 8 its first two virtual anchors at the world internet conference. The two anchors were able to speak English and Chinese. Meanwhile, a blog post made by Xinhua indicates that the new invention will help to reduce news production cost and improve efficiency.

In fact, using different AI algorithms the efficiency can be improved more. Though the news is not always about being accurate, there is another issue called the human element. Politics, senses of humor and other elements of human can’t be replaced with robots. But considering the futures of AI and machine learning speed, it is reasonable to accept future AI anchors performance. It can even be way better than the real human thing.