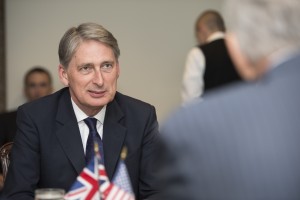 Britain has received assurances from Addis Ababa that Andargachew Tsege, a British man who has been imprisoned in Ethiopia for 22 months, will have access to independent legal representation.

After meeting Tsege in prison, British officials have expressed confidence that he has not been mistreated and he will be transferred to a federal prison.

“I have now received a commitment from the Prime Minister that Mr. Tsege will be allowed access to independent legal advice to allow him to discuss options under the Ethiopia legal system,” Hammond said. “A senior Foreign Office official travelling with me, was given access to Mr. Tsege in prison today. Following that visit, I am satisfied that he is not being ill-treated and that he is receiving visits from family members in Ethiopia.”

Tsege, a British and American citizen of Ethiopian decent, was arrested and transported to Ethiopia in June 2014. He was reportedly on his way to Eritrea when he was detained at the Sanaa Airport in the United Arab Emirates.

Addis Ababa has accused Tsege of being a member of a terrorist organization seeking to destabilize Ethiopia by overthrowing the legal government.

Tsege is reportedly the secretary-general of the outlawed Ethiopian opposition group, Ginbot 7.

Tsege’s family and human rights organization, Reprieve, who have been lobbying for his release, have questioned Britain’s approach.

Britain has described Tsege’s detainment as “unacceptable.” However, it would have to wait for “due process.”

“Britain does not interfere in the legal systems of other countries, any more than we would accept interference in our judicial system. Our consular role is to ensure well-being and access to legal advice,” Hammond said.