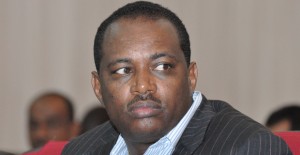 Ethiopian officials have canceled a national university entrance examination scheduled to begin on Monday, May 30 after one of the papers was leaked online.

Pictures of the English exam have been uploaded to social media and have gone viral.

The Ministry of Education called-off the examination after making a confirmation of the leaked paper.

“After a cross check, we decided to terminate the whole exam since we had no evidence that the other exams were safe,” Minister of Education Shiferaw Shigute said.

Shigute apologized to students and their families. He said his ministry had an alternative plan in place. He added that the date for the new exams would be announced after logistical issues have been resolved.

Officials have not commented on how the paper got leaked. However, some Oromo protesters have claimed responsibility for the leak.

Pictures of the leaked English paper were reportedly posted on an activist’s Facebook page.

According to BBC News, activists wanted the exams to be postponed for Oromo students to have time to prepare. They argue that the students were out of school for months due to a series of protests that engulfed Oromia last year.